Bitcoin price cracked the $17,000 threshold for the first time since the early part of November

Bitcoin price cracked the $17,000 threshold for the first time since early November. The largest cryptocurrency by market capitalization was recently trading at about $17,136, up 3.6% over the past 24 hours.

Because of the collapse of the largest cryptocurrency exchange, FTX, and the accompanying aftermath, bitcoin lost more than 18% of its value for the month, and ether lost 21%. A little more than a week after CoinDesk revealed abnormalities on the balance sheet of its trading subsidiary Alameda Capital, FTX filed for Chapter 11 bankruptcy protection, forcing other businesses that had exposure to it into survival mode. A few coins, such as BAND and LTC, which increased by 57% and 38%, respectively, rose above the chaos.

The top 10 non-stablecoin cryptocurrencies and traditional equity markets all saw gains in Thursday morning trading in Asia, including Bitcoin and Ether, as a result of comments made on Wednesday by U.S. Federal Reserve Chair Jerome Powell that the central bank may start to scale back interest rate hikes.

The second-largest cryptocurrency by market value, Ether (ETH), was trading slightly around $1,300, up 6.6% from Tuesday at the same time. Other cryptocurrencies were mainly heading upward, with DOGE, a well-known meme coin, climbing over 3%, and UNI, the token of the smart contracts-based Uniswap platform, rising over 6%. 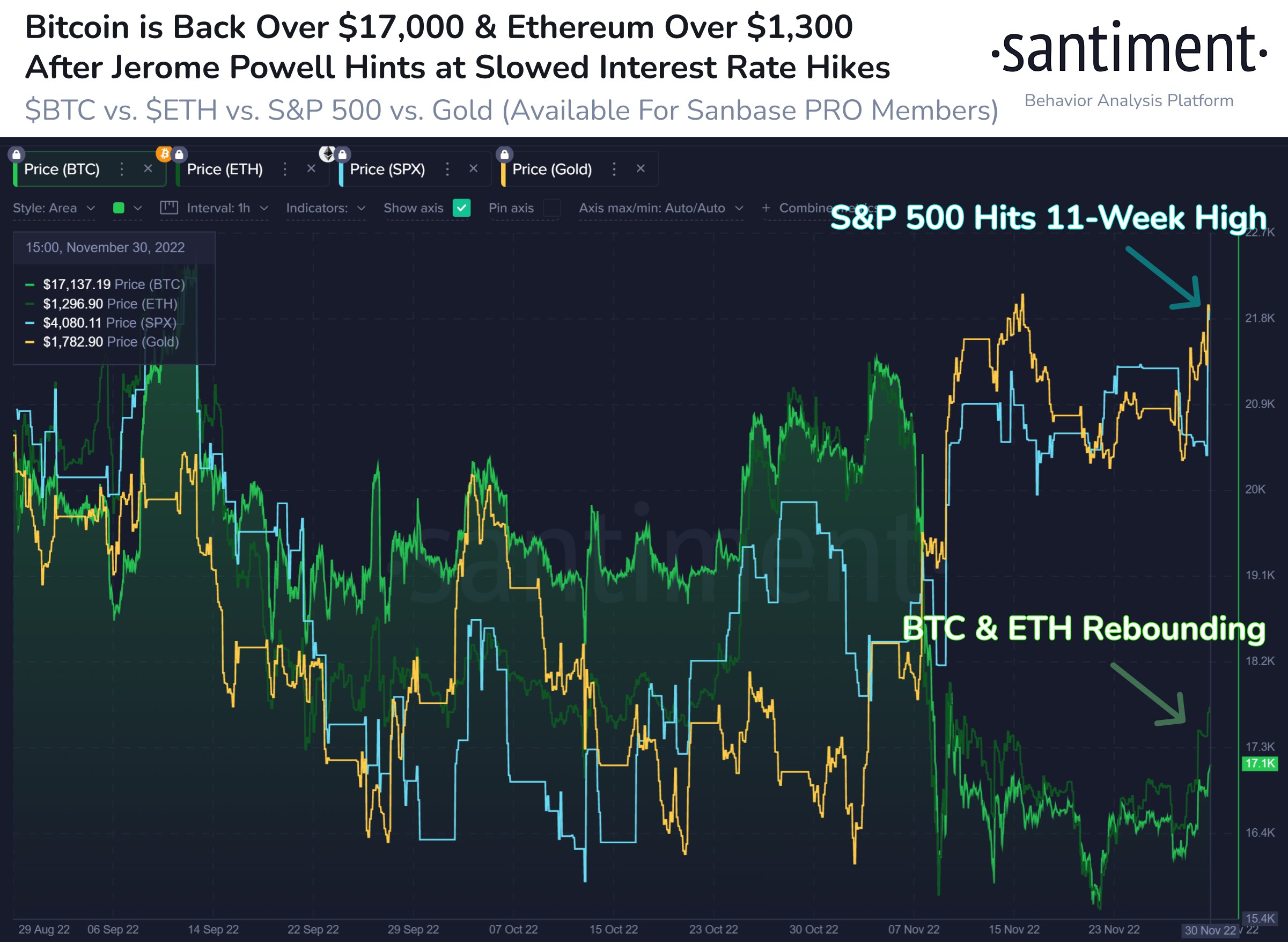 The Fed may reduce the rate increases it makes, but this is unlikely to immediately impact the economy. Corporate executives have sounded the alarm about the potential, including Elon Musk, the CEO of Tesla.

The overall cryptocurrency market cap stands at $860 trillion, and Bitcoin’s dominance rate is 38.2%.